or the low hanging fruit that is not harvested

In this series of pictures of the same Aquarius West Pool  it is possible to see that little has been done in the last five months.

What is preventing this project to be completed?  The project completion was promised for April 10, 2015 as you can view in the Project Schedule presented by CSI.  Apparently in the end of April some City of Hollywood Beach emerged. But this was weeks after the project completion date. What is the problem?  Click in any picture to see a slide show of the time series. To come back to this page click the X on the top left.

February 12, 2015 Waterproofing completed. Half of the tiles installed. 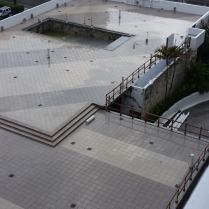 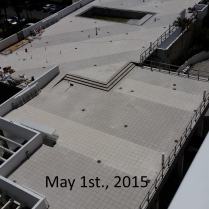 The project schedule set the completion date as April 10. Seventy days later and no end on site.  CSI has shown that they can demolish. Can they build? On time on budget?  Not at Aquarius. 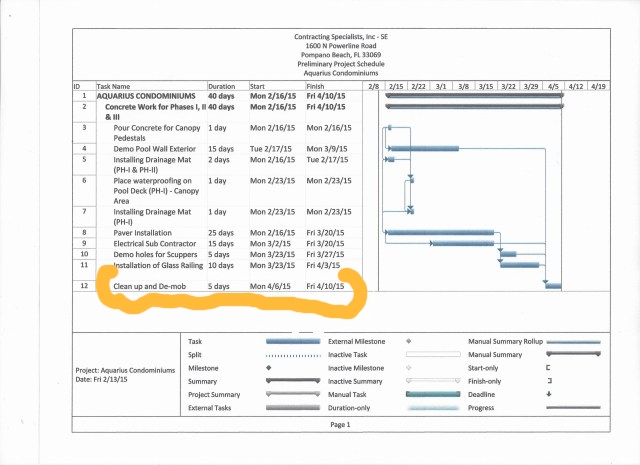