Best Place to Retire in the Southeast: Hollywood, Fl

Best Place to Retire in the Southeast: Hollywood, Fl

In the 1920s developer Joseph Young arrived in Florida with a vision of turning the pine forests and marshland 20 miles north of Miami into a “dream city,” with wide boulevards, grand hotels, and a promenade stretching along the Atlantic Ocean. 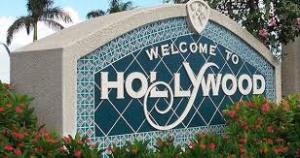 A devastating hurricane and the Great Depression were major setbacks for Young, who died in 1934, but the foundation was laid for the place he called Hollywood. Between 1955 and 1975, the population grew from 23,000 to more than 120,000. Mid-century beach bungalows and ocean-view condos from that era continue to attract new buyers.

“It’s the location, the style, the lifestyle, the beach, the architecture— all contribute to Hollywood’s appeal,” says Lloyd Feinberg, a real estate agent and lifelong local resident.

Hollywood, Fl: Why It Wins

One word—“affordability.” Relative to other seaside towns, Hollywood’s home prices seem like a throwback: Think spacious one-bedroom condos and single-story homes for less than $200,000, compared with the Miami Beach median of $360,000. Florida levies no income or estate tax, and offers a homestead exemption of up to $50,000.

In November, Herb Schloss, 76, bought a 2,000-square-foot condo overlooking a golf course and relocated from New Jersey, in part to be closer to his significant other, Roberta, and his daughter.

“What I’m saving on taxes practically pays for the condo,” says Schloss, who was chief financial officer of a beverage distribution company. No kidding. The top income tax rate in the Garden State is a whopping 8.97%.

What else is great:

Retirees looking for culture will find it in spades, whether at events in ArtsPark at Young Circle or along the 2.-mile-long Hollywood Boardwalk. At the city’s northern end, the 1,500-acre Anne Kolb Nature Center is a popular sanctuary. Many of the spots are accessible via water taxi or the Hollywood Trolley.

While there is plenty to do in Hollywood, its location between Fort Lauderdale and Miami is a boon for retirees looking to explore the area—or get away. Port Everglades is one of the busiest cruise ports in the world, and the Miami and Fort Lauderdale airports are nearby.

Life at the beach comes with the risk of hurricanes—and at the very least, higher-than-average premiums for homeowners insurance.

Information Technology, Management, Project Management and Public Administration are areas I am familiar with. I am also interested in photography, wine, sailing, politics, economics, and economic development.
View all posts by Cecilio Augusto Berndsen →
This entry was posted in Amenities, News from Around and Beyond, Social and tagged 2016, Boardwalk, Hollywood, hollywood beach, place to retire, retire, retirement. Bookmark the permalink.