… and there was light and it was good …

… and there was light and it was good …

One of the few missing items that will allow the use of the Aquarius Valet Deck and its Lobby were the lights. The City of Hollywood demanded to install lights with less lumens than the previous plan had specified. A Temporary Certificate of Occupancy (TCO) was granted with the installation of temporary lights up to the installation of the permanent lights that are in back-order.

After this TCO the General Contractor CSI will be able to ask the City of Hollywood to close the permit and allow the normal use of the Valet Deck. There are still a few items in the permit of the Lobby. It is expected that those will have a quick resolution. Closing the permits of the Valet Deck and the Lobby life in Aquarius will be back to a greater degree of normalcy the everyone aspires and deserves.

Cross your fingers everybody! 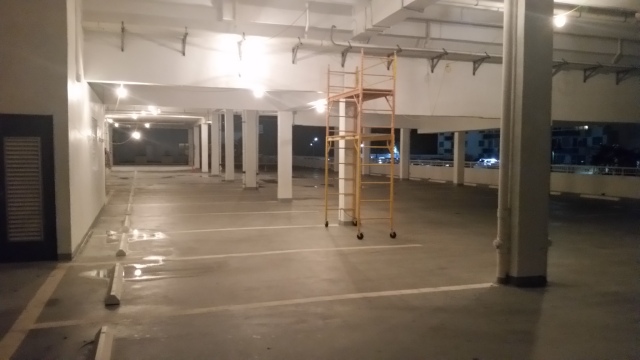