Village People: Are They Visiting Aquarius?

Village People:
Are They Visiting Aquarius?

Roni Komie, from the South Tower,  shot some pictures of construction people working on her balcony. They look like the disco group that had such enormous success in the seventies. Check the pictures. We bet you will agree. While you are at it you may want to listen to one of the Village People greatests success: YMCA  at the bottom of this post. Turn up the volume! 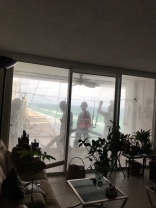 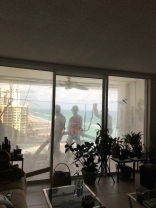 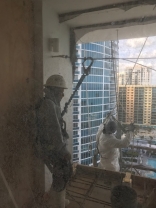 From Wikipedia, the free encyclopedia

Village People is an American disco group well known for their on-stage costumes depicting American masculine cultural stereotypes as well as their catchy tunes and suggestive lyrics. Originally created by Jacques Morali and Henri Belolo to target disco’s gay audience by featuring popular gay fantasy personae,[1] the band quickly became popular and moved into the mainstream. The group scored  several disco and dance hits internationally, including three hits in the US, “Macho Man“, “In the Navy“, and their biggest hit, “Y.M.C.A.“.

Information Technology, Management, Project Management and Public Administration are areas I am familiar with. I am also interested in photography, wine, sailing, politics, economics, and economic development.
View all posts by Cecilio Augusto Berndsen →
This entry was posted in Pictures and tagged 2018, Roni Komie, Village People, YMCA. Bookmark the permalink.